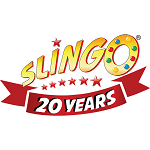 If you’re a fan of slots and bingo games alike you have surely come across the term Slingo on at least one website. This term is used for a specific brand of games which are a mix between slots and bingo, thus comes the name Slingo. The first game was developed in New Jersey, USA in 1994. The founders were Dave Lyons and Sal Falciglia, who interestingly enough worked in real estate at that time.

They went on an created the Slingo Inc. company which was focused on creating casino games based on this design. The company grew over time building an entire franchise of games until it was acquired by Real Networks for $15,6 million. After that the company was sold on to Gaming Reals, a London based company. They further expanded the games offer and made them even more popular. So today you can play at the best slingo slot sites for real money all across the UK.

Today there are a lot of operators which claim to be the best slingo slot sites on the market. But this is often not the case, so we came up with our own list of the best casinos that have them in their portfolio.

Where can you find slingo slots?

When these slots first appeared on the market they were available only at a limited number of operators. The main provider was slingo.com, along with several other white label brands. You could also find them at the Gaming Realms platform and a few other platforms, like Dragonfish, thanks to their co-licensing policy. Today, they can be found at:

This website uses cookies to improve your experience while you navigate through the website. Out of these, the cookies that are categorized as necessary are stored on your browser as they are essential for the working of basic functionalities of the website. We also use third-party cookies that help us analyze and understand how you use this website. These cookies will be stored in your browser only with your consent. You also have the option to opt-out of these cookies. But opting out of some of these cookies may affect your browsing experience.
Necessary Always Enabled

Any cookies that may not be particularly necessary for the website to function and is used specifically to collect user personal data via analytics, ads, other embedded contents are termed as non-necessary cookies. It is mandatory to procure user consent prior to running these cookies on your website.